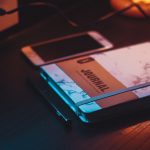 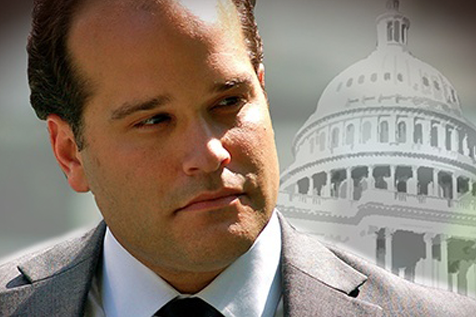 Ari Zoldan is the CEO of Quantum Media Group, LLC a global marketing and media company based in New York City. As an on air TV personality, Zoldan can be seen regularly on FOX News, CNN and CNBC covering technology, business and innovation. He is a frequent source for journalists and is quoted regularly in major media outlets. He holds press credentials on Capitol Hill and the United Nations and is a member of The National Press Club in Washington, DC. He is one of the few selected individuals to hold the position as an "IBM Watson Futurist."


Zoldan is a regular on the lecture circuit and speaks passionately about entrepreneurship and the need to constantly innovate. His unique and engaging approach has attracted over 100,000 business leaders and students around the world to attend his lectures.

Zoldan has published hundreds of articles on education, entrepreneurship and innovation and is a contributor for the HuffingtonPost.com, TheStreet.com, IBM.com and Inc.com.

Prior to starting Quantum Media, he founded an e-commerce company and grew the company from a start-up in 2008 to a 30 million dollar plus company in 36 months. The company gained a 4,566% increase in revenue, a rise deemed unprecedented in the industry. The company earned a place on INC. Magazine's list of "Fastest-Growing Companies In America" two years in a row.

An early adopter of next generation technology, he founded Launch 3 Communications, Inc in 2001. The company utilized voice over Internet protocol (VoIP) to build voice and data networks in over 70 countries around the world. In 2003, he then co-founded Launch 3 Ventures, LLC acquiring assets from distressed technology and telecommunications companies such as Lucent. AT&T & Verizon.

Mr. Zoldan is an avid traveler who spends time in emerging countries such as South Sudan, India, Uganda, Kenya, Nicaragua, Haiti, Korea, Thailand, Colombia, Jordan and Egypt. Through his experiences he developed a strong belief in the doctrine of social entrepreneurship and spends part of his time donating technology to unserved countries. His experiences and belief that strong spiritual business strategies can actually add to a healthy bottom line, has led the soon-to-be released book, Start Up Karma, 7 spiritual principles to great success.

Zoldan is founding partner and curriculum development head for the Model United Nations News Academy and currently serves on its board of directors. Zoldan is the former Chair of the Media and Development committee of The Zahn Center for Innovation at City College. He is an active board member for a variety of media and technology companies including Open Garden, Zeality, and The Montessori Model United Nations Program which works with students from 52 countries around the world.

In his journalistic capacity, he has accompanied President Obama on the ground to Israel and The West Bank. He has covered the New Hampshire Presidential Primaries, Republican and Democratic National Conventions, State of the Unions, The World Economic Forum in Amman, Jordan and the United Nations General Assembly at the United Nations.

Zoldan is a principal of a news wire in Washington, DC with press booths in the White House, Senate and the Pentagon. Mr. Zoldan is a graduate from Yeshiva University and the Sy Syms School of Business.

Ari Zoldan is the CEO of Quantum Media Group, LLC a global marketing and media company.
Ari can be seen regularly on FOX News, CNN and CNBC covering technology, business and innovation.
Contact us: admin@arizoldan.com